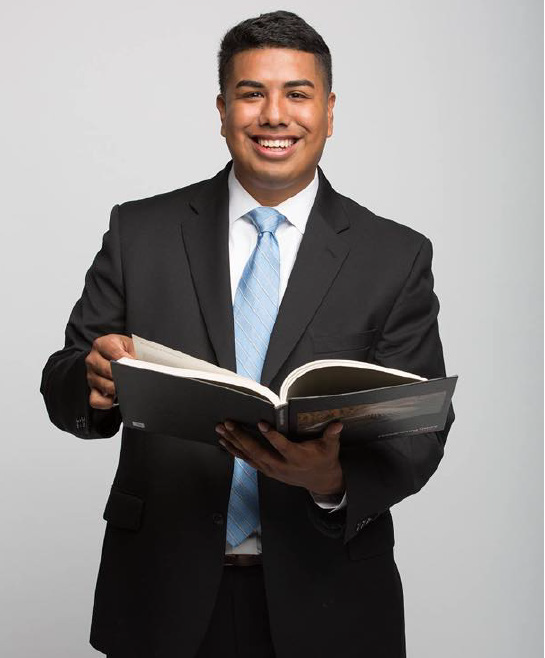 Adan Gonzalez, a JA Dallas Alumnus and 2011 JA Dallas Student of the Year, has accomplished a lot since graduation. He is a living example and role model for all JA students. Through his passion for others, he has shown the power of what it means to speak your vision and live out your dream. He has dreamed big, worked hard, started his own non-profit, has several advanced degrees and gives back to his community. He has touched the lives of more than 300,000 students all around the world, and he is an advocate for higher education, parental support and community involvement. He is now the Founder and Executive Director of Puede Network, and it’s just the beginning!

More than 10 years ago, Adan was a JA Dallas student. He recalls the night he gave his speech at the JA Dallas Business Hall of Fame in 2011, reflecting on how the words he spoke that night have truly become a reality. “The JA Dallas Business Hall of Fame® event itself helped empower my life for the next few years. I got to meet my mentors there and in a lot of ways some of those words I said that night have now manifested into a reality. It just shows how great of a city Dallas can be when people come together and support one another,” says Gonzalez.

He attributes JA curriculum to helping shape his entrepreneurial mindset and exposing him to new ideas outside of the traditional education system. With that, he believes in the power of creating entrepreneurs and strong, small businesses. Exposing students to financial literacy “is instrumental....everyone has different talents. If it’s not cultivated, acknowledged or exercised, then you can get stuck.”

Now, he is an entrepreneur, and he is happy to be one of the JA Alumni who owns their own business. He values entrepreneurship to the highest degree and believes that it is crucial in today’s business environment. “I am an entrepreneur, and I think in today’s world we have so much access to different technology, resources, and platforms that can serve as tools to cultivate the ideas that we have. I think part of being an entrepreneur is being bold and brave to have these ideas even if you fail. You can fail in losing money, but the capacity of having the courage to dream and have a vision and work toward it. I think that’s what excites me the most about being an entrepreneur!” explains Gonzalez.

He offers his advice to this year’s JA Dallas Student of the Year and other JA students: “A lot of the times, as a JA Student of the Year, depending on who the student is or their background, speaking from experiences, it’s a different type of exposure – sometimes we feel like we don’t belong – I am here to tell you and those kids – THAT YOU DO. It’s just a matter of time and your hard work will pay off. One day you will get to be an adult that pays it forward – how they weigh what’s beyond the stage, to be able to share those skills with others and other kids so that they will have that opportunity as well.”