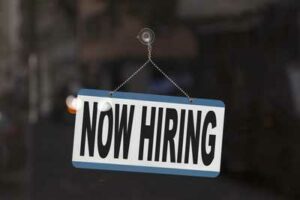 According to the U.S. Bureau of Labor Statistics, the last business day of March 2021 brought a record high of 8.1 million job openings in the United States. Among those hiring, industries including accommodation and food services, state and local government education, arts, entertainment, and recreation experiences experienced the most significant workers' demand. Of those industries, some of the hardest-hit companies were small businesses. The National Federation of Independent Business survey reported  42% of small businesses had job openings they could not fill in the month of March. With all of the job vacancies, who has the opportunity to benefit the most?

Businesses seeking workers are finding high school teens are more than willing to fill the large job openings. A new survey of teens conducted for Junior Achievement found two-thirds of 16- and 17-year-olds (68%) plan to work this summer. Their "plan to work" is paying off as an ongoing report conducted by the U.S. Bureau of Labor Statistics showed a shockingly high increase of 16-to-19-year-olds filling job vacancies, the highest it's been for this age group since 2008 at a surprising 32.8%. In April alone, 256,000 of these teens gained employment.

During the same time teens have been motivated to find a job, companies have been trying to interest workers through increased pay rates and hiring bonuses. Ultimately, both parties will mutually benefit from the supply of able teens and businesses' demand of workers.

While the endless job openings provide teens with work experience and an income through their hard-earned paychecks, teens and businesses are cashing in on much more. Deemed as an essential skill set for future work, the development of soft skills may prove to be the most valuable offering of all for teens.

Through vital adjustments businesses have made to survive during the global pandemic, their focus on what skills are "ideal" or "necessary" in a new hire may have adapted. Transferable skills, like soft skills, are making it easier for those with workforce experience to prove their value across multiple job functions and perhaps industries. A 2020 study on skills employers look for conducted by Zety revealed hard skills ranked 39% in importance to employers while soft skills came in at 61%.

In the past, teens may have been overlooked due to their lack of work experience on their resumes. Yet, today, their motivation to work after a tough year and a half is providing them with endless professional opportunities that never existed before. As teen job applications come flooding in, businesses across the country are realizing the best chance they have at filling open positions is by hiring inexperienced but eager to work teens. In turn, teens are finding themselves in a unique position to further develop their soft skills all while being paid and trained on the job.

While these new worker bees won't experience the pre-pandemic workforce that generations grew up knowing, they will grow accustomed to various benefits that most of us are still adapting to.

A recent Monster Future of Work 2021 Global Outlook Special Report states companies have changed their policies due to the pandemic. Some of the most notable changes being remote work flexibility (43%), adaptable offsite work schedules (40%), updated health policies and protocols (36%), and staff skills training (34%). Of all these changes, 46% of hiring managers globally expect for these changes to become permanent. Without previous exposure to the pre-pandemic work environment, will teens adapt easier than those who have become accustomed to a specific traditional professional environment? Stay tuned.

Original article posted at https://jausa.ja.org/news/blog/job-vacancies-reaching-an-all-time-high-and-what-it-means-for-teens by Hannah Henry on June 7, 2021.