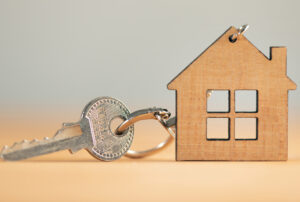 A new survey by Junior Achievement USA and Fannie Mae shows most teens (88%) would like to own a home someday. The survey reflects that most teens (85%) believe “owning a home” is part of “the good life,” compared to nearly as many adults (87%) based on Fannie Mae’s Q4 2020 National Housing Survey®. However, fewer than half (45%) of surveyed teens could correctly identify the definition of a home mortgage and 76% said they lacked clear understanding of credit scores. The survey of 1,000 nationally representative U.S. teens between the ages of 13 and 17 was conducted from May 25 through May 31, 2022, by Wakefield Research.

While nearly all teens (96%) believe credit scores play an important role in the ability to purchase a home, approximately three in four (76%) said they understood credit scores only “somewhat,” “a little,” or “not at all.” Nearly all teens (97%) thought it would be helpful if schools offered lessons that explained homeownership, including mortgages.

“There’s an impression that young people aren’t interested in homeownership, but the survey indicates that teens feel they need more information on how to do it,” says JA Dallas President and CEO Jan Murfield. “Our programming emphasizes the development of financial skills and knowledge to fill in those gaps and assist our students on their path to a successful life and career.”

“Young people today are the homebuyers of tomorrow. By providing them access to quality, foundational education now, Fannie Mae and Junior Achievement are helping these future homeowners to prepare for the mortgage and homebuying process when they're ready to take that step,” said Jeffery Hayward, Executive Vice President and Chief Administrative Officer, Fannie Mae. “Fannie Mae is committed to supporting sustainable homeownership, and the results of this survey reinforce how homeownership and financial education can enable aspiring homeowners to be successful in their housing journey, both in buying a home and sustaining it over the long term.”

In response to young people’s interest in learning more about the financial aspects of buying a home, Fannie Mae is supporting the development and deployment of Junior Achievement learning experiences for thousands of students annually in various age groups. Beginning with the 2022-2023 school year, relevant content from Fannie Mae’s HomeView™ homeownership course materials and resources, designed with first-time homebuyers in mind, are integrated in an age-appropriate manner into Junior Achievement programs and made available to students in both digital and print formats.

Other key survey findings include:

An executive summary of the survey can be found here.

Junior Achievement of Dallas (JA Dallas), a nonprofit organization, delivers hands-on, immersive learning in work readiness, financial health, entrepreneurship, sustainability, STEM, economics, and more. Reaching more than 10 million young people each year, JA Worldwide is one of few organizations with the scale, experience, and passion to build a brighter future for the next generation of innovators, entrepreneurs, and leaders.  As an organization that has been in Dallas for nearly 70 years, JA Dallas is committed to serving students in under-resourced areas to grow diversity, be more inclusive, and ensure students have equitable access to JA resources. Last year, over 4,000 volunteers helped change the lives of Dallas area students through JA programs. Surveys show that students who take JA have a high school graduation rate of 93% compared to 85% for the general population, and 67% have an advanced post-secondary degree.

Posted in JA in the News, JA USA, Press Releases